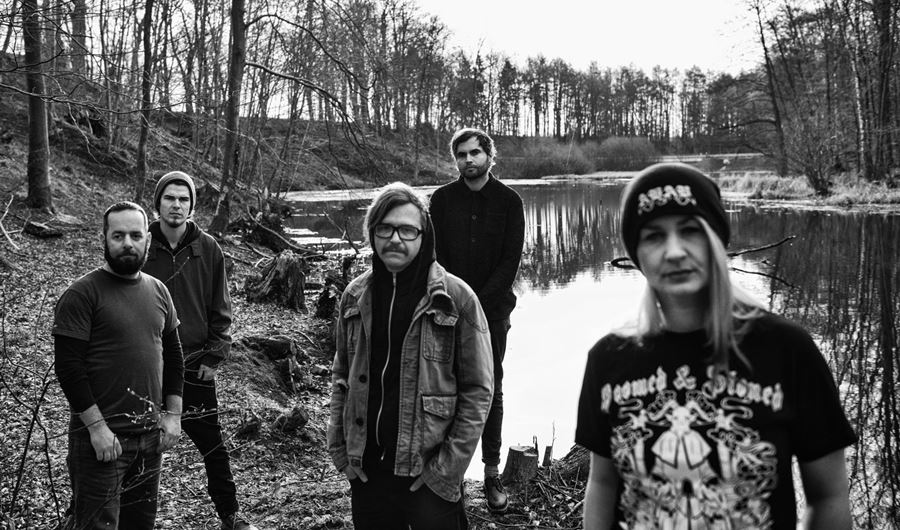 Hamburg-based Sludge Metal and Power Doom band HIGH FIGHTER, who already gained high praise in the scene for their self-released demo EP “The Goat Ritual” back in the end of 2014, have just unveiled some new details about their upcoming first full length album.

After the band formed in the summer of 2014 and in one band year only, High Fighter heavily toured across Europe including UK dates shared the stages with bands such as Ahab, Mammoth Storm, The Midnight Ghost Train, Corrosion of Conformity or Greenleaf and played festivals in 2015 such as Stoned from the Underground, Sonic Blast in Portugal, Red Smoke Poland, Hamburg Metaldayz and an exclusive press showcase live at Wacken Open Air 2015.

Now High Fighter have finished the work on their debut studio record, and unveil first details about “Scars & Crosses” set to be released June 10th 2016 on Svart Records.

“Scars & Crosses” has been recorded live at RAMA Studio in Mannheim, Germany by Jens Siefert, and is mixed and mastered by none else than Toshi Kasai who worked with artists like Melvins and Big Business in Los Angeles.

Again the band worked with artist Dominic Sohor from the UK, who has already been responsible for the stunning artwork of “The Goat Ritual” back in 2014, on the band’s upcoming album.

On “Scars & Crosses”, High Fighter continue their exciting mix of Stoner Rock, Sludge, Doom, Blues and Metal. The album will be coming out June 10th 2016 on Finland’s cult-label Svart Records, and will be available as a 6-page CD Digi Pack, Digital Download and LP Gatefold.

To support High Fighter’s new album live, the band will be heavily hitting the road again this year. Make sure to catch their energetic stage shows live on the following dates: