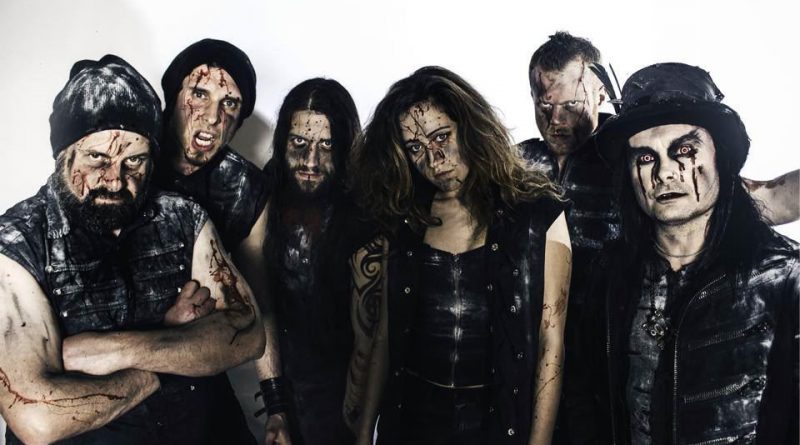 Dani Filth returns with the second installment of his works away from Cradle of Filth with the Gothica themed Devilment on “II The Mephisto Waltzes” he is accompanied by long-time collaborators Lauren Francis (keys and vocals), Nick Johnson (Bass) Colin Parks (guitar) and new drummer Matt Alston.

The gory flow of mind twisting tales will make your skin crawl as the degenerate tones scythe their way into your consciousness. As ever anything from Mr.Filth is heinous, and warped injecting its venom deep into your veins.

First up we get “Judas Stein” its pounding delivery awakes the lost souls that wander the night as talons of insanity take a hold of your mind and maniacal laughs haunt you, deathly sounding keyboards remind you of old Dracula film scores.

Then the ever so catchy “Hitchcock Blonde” is addictive and cloying the chorus stays in your head… forever!

This tune really sends shivers up and down your spine when Lauren Francis adds her vocals to duet with Dani. This is an amazing song illuminating and fascinating.

“Under The Thunder” really grooves, slaying your mind with its infectious beats and theatrical magnificence. “Full Dark No Stars” opens slowly and is keyboard driven, then it awakens with a doom laden feel of deep foreboding and truly disturbing shenanigans.

“Life is What you Keep from the Reaper” and “Dea Della Morte” are full of thundering Drums and groove-tastic riffs where Filth and Lauren Francis duet telling and twisting the tales. It is simply divine!

“Entangled in our Pride” is full of suspense and the nightmares of mentally diseased delight! Throughout this opus I really love the dynamics between Lauren Francis and Dani Filth and no more so than on this track.

Finally “Hell At My Back” screams at you tearing at your very being with bombastic delight. It will rip your heart out and feed it to the baying wolves thus finishing off this latest work from Devilment.

The Witch County Wicked Wanderers aka Devilment head out on tour in December with She Must Burn who have supported Cradle of Filth in the past and local acts from each town where these miscreants.

This is going to be a must see for any fans of Dani Filth and his twisted souls.

1. Judas Stein
2. Hitchcock Blonde
3. Under The Thunder
4. Full Dark No Stars
5. Shine on Sophie Moone
6. Life is What you Keep from The Reaper
7. Dea Della Morte
8. Entangled in our Pride
9. Hell At My Back