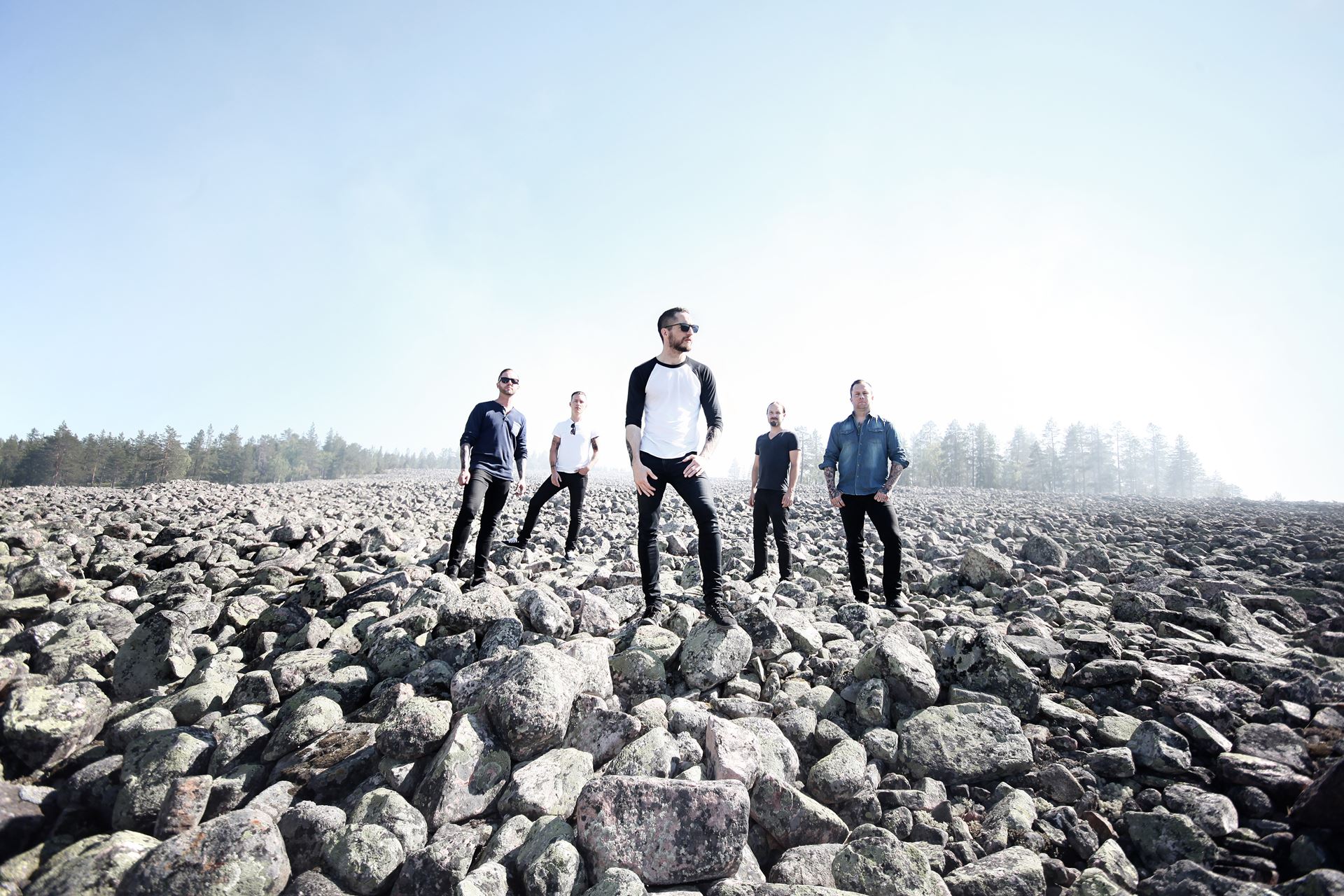 There has been 6 years since your latest album. What has been cookin’ all this time? Well, we’ve been kind of quiet lately. But we’ve been focusing on playing those stages. I reckon we’re among the lucky few that actually has the time to play live shows. We’re basically just doing our thing and while doing that time just flew.

During this time, have you been concentrating on making this new album, or has it been an ongoing process? It’s been an ongoing process these last 22 years! Some of the riffs on this new album first came to us as ideas like 16 to 17 years ago. The making of the riffs is always there and it is a part of our whole idea; it’s something we got in the back of our minds all the time. So the time away from the studio doesn’t really matter, whether it’s 2 or 6 years. It’s just a question of when we decide to make a new album. Though we got into a kind of “limbo” there, as we were supposed to start in 2011 and make the release in 2012. But the timing got a bit wrong.

We got a new guitarist, Jimmy Tikkanen, and then there was an issue with the contract, that got a bit tricky. We felt that we needed a new approach to everything, so we changed producers and then I myself had a baby girl seven months ago. Last summer we had an offer from Bråvalla Festival in Sweden, but we pulled the brakes on that one. You kind of realize when the biggest festival in Sweden, and with the say so that they actually have, and they give you a call after 5 years of absence, it means business. It felt like we could do this full time, so we said; it’s time to stop slacking around, let’s make an album!

You mentioned changing record company. What’s your view on their role in the modern music industry? Many musicians nowadays produce their own stuff, without involving labels. That’s a hell of a good question! The record companies got their natural place in all this I guess, but we got these “checkpoints”… Say we’ve got a race, a marathon with a whole lot of these checkpoints. Then anyone can understand that it’s going to be a long trip, and that the stops at these checkpoints doesn’t necessarily have to cost you anything, just to have a drink during the race. The label is and always will be a good partner for us, and we’ve still got the same kind of contract as the one we first signed back in 1993, so we haven’t really changed anything. It’s the record company that bought one another, and for us it’s become a natural thing, as they’ve all helped us with PR, funding for studio etc. It has become hard for some of them to survive, but that is just something natural within this info-based society. According to me, you can’t really have much of an opinion on that, it is what it is. Some of the record companies have adapted, and the ones who have done so wisely managed to maintain their natural role within the business.

One thing that had to disappear was the unnecessary distribution; a truck hauling a plastic disc from one corner of Europe to the other, and after six months you might just hold it in your hand, Alexander laughs. The companies that got in between just faded away. When the business was as it was before, they also had their part to play in it, but in everything that was going on, there have been a few unnecessary steps on the way, I think. Many of those actors picked up a few bucks here and there, so there’s been a reason to do it all along; that there’s going to be some middle men, supposed to squeeze money out of who and where they can. Nowadays, it’s kind of the other way around.

The music comes from me, and goes out to the crowd, and we really noticed that now, when we were on a tour of Europe last week. The first day of the tour, the album had been out for 2.5 weeks and the crowd sang along with the tracks, it all happens so quickly. Back in the day, you released the new record, and you couldn’t play the new tracks until the second time around, then things really started to happen. Now everybody else has to adapt to the ongoing situation. By that I mean; you make music, you distribute it yourself, and the crowd gets it immediately. That’s where the relation is! After that, people have to adapt to the artist to help him. Stroke him the right way, and share what he’s all about. So I think that the record companies have their absolute natural role in that, and other companies that didn’t fit in to that, they faded away.

Buy the Azaria No.6 to be released in May to read about Diarrhea on stage and what to do with a Jack Daniels backstage.