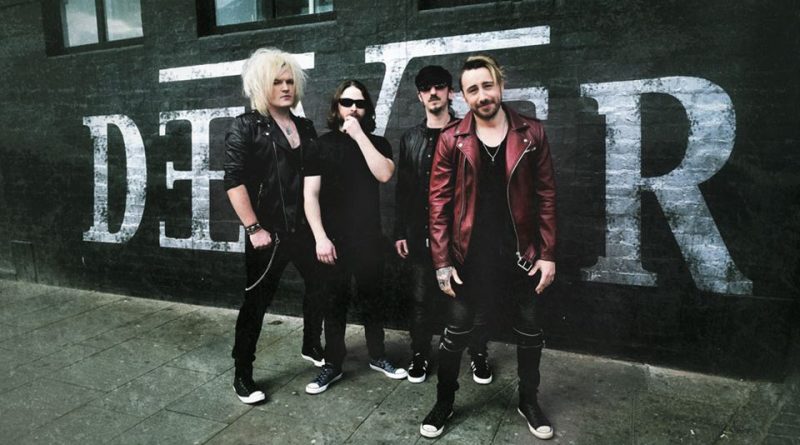 Hailing from the northeast of England, DEEVER deliver an onslaught of aggressive riffs, and captivating hooks with a distinct British edge. The fresh music of DEEVER packs a powerfully tuneful punch to the ears of their listeners.

After writing, and releasing two albums with his previous classic rock outfit, Billy Taylor (ex-Inglorious) decided to construct a band with a sound more fitting to current radio airwaves. With influences including Foo Fighters, Alter Bridge, and Shinedown; the band has developed a fresh spin on the rebellious modern rock sound with their infectious melodies.

As with his prior band, Billy Taylor once again brings his guitar prowess to DEEVER, but also steps forward as DEEVER’s assailable lead vocalist. Joining Billy on guitar, and as a backing vocalist, is the fiery play of Stevie Stoker.

Phil Appleton provides the band’s rigorous rhythm and grooves on bass, and rounding out DEEVER’s line-up is the thunderous playing of Dan “Higgy” Higgins on drums.

To officially launch the band, DEEVER have released their first single, and music video for the song “Fire At Will”, which can be purchased on iTunes.

More recently, the band played in support of Mason Hill during their most recent UK tour, and electrified fans with their unabashed stage presence, and volcanic volume.

DEEVER is currently unsigned, and managed internationally by Optical Sound. DEEVER are currently recording their debut record at Parr Street Studios in Liverpool and North Red Studios in Darlington.