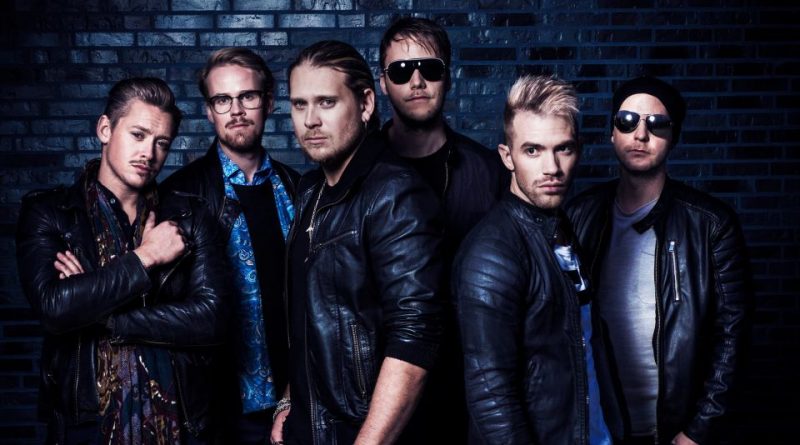 Creye was put together by guitarist Andreas Gullstrand in early 2015. After playing in different bands over the years, including Grand Slam, Andreas felt that it was about time to turn it up a notch.

His vision was to start a new Swedish pop and rock sensation that would take listeners on a journey back to the glory days of the eighties, both musically and visually.

After spending nearly two months experimenting with the sound of the band, Andreas settled on what could best be described as a slick melodic rock sound with a touch of 80’s retro in the mix.

Creye debuted in late 2016 with the single Never Too Late, which caused a stir in the international AOR scene with outstanding reviews and immediate talk of Creye potentially being the “next big thing” to come out of Sweden.

In March 2017, the three song EP, Straight To The Top was released, showcasing a more mature and evolved sound. Andreas continued working more and more on the songwriting and crafting of new, more ambitious melodic rockers with thoughts of what would become the band’s self-titled debut in mind.

“Both the sound and the writing has matured quite a lot over this past year, and of course we’ve also discovered some new sides to our music as well that might not be present listening to the EP,” says Andreas. “I’m extremely proud of every song on the whole album. If you are a fan of the EP then you will definitely enjoy this since it is by far the best we’ve ever sounded.”

While Creye’s music is clearly influenced by the sound of the 80’s, Andreas is no stranger to more modern production techniques. “I’m personally a 90’s kid, so I guess the 80’s was still pretty relevant in mainstream media and pop culture when I was growing up,” continues Andreas.

“But something has always been very appealing to me about the 80’s for as long as I can remember and that is subconsciously expressed through the music I guess. But to sum it up, we’re more just re-introducing the components of a 80’s song to a 2018 production with our own touch to it rather than trying to actually write a 80’s song, plus we have been working hard to write songs that we truly liked, before everything else.”

If you are into bands such as Work of Art, Art Nation, One Desire, and early H.E.A.T, then this band is for you! Creye are more than ready to live up to the initial hype generated by their first single and EP!

Creye made their live debut at Melodicrock fest in Malmo, Sweden and are set to appear at the Frontiers Rock Sweden in Stockholm, Sweden and at the Rockingham Festival in October in Nottingham, UK.