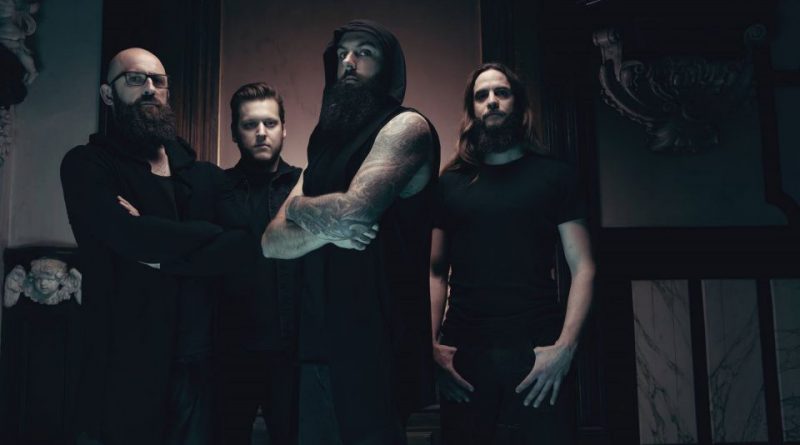 After the release of their highly acclaimed debut album Divided Kingdom, it’s been about time for something new. Something special. The start of a new ERA for Belgian’s up and coming Metal outfit Off The Cross.

After having played all over Europe in support of the band’s first full-length including shows at Graspop Metal Meeting and many more, Off The Cross are set to release their brand new EP in the Fall of 2018. ERA will be coming out on November 2th.

Loud, heavy and relentless, will still be the best description for a band such as Off The Cross, and it will remain like this.

Haling from Merksem, Belgium and formed in 2016, the four-piece has now unveiled the stunning cover artwork as well as the track list featuring some exciting guest musicians from Katatonia, Stream of Passion and many more.

Writing music is a way of processing life. A way of expressing feelings for those who haven’t learned how to do it otherwise. The ERA EP takes the listener through 4 chapters in a defining era in one’s life, from self-destruction to the search for salvation. Says the band:

“Musically, we felt we needed to push the boundaries, recording as much real life instruments possible and minimizing midi and other simulated instruments. For a big drumsound we went to the brand-new creative residence DAFT studios in Malmedy. A big room surrounded by nature made for an ideal place to record. Guitars, bass, and vocals were recorded in our second home: The Dungeon, a cosy high-end studio in Lier, Belgium.”

Produced by Joost van Den Broeck (Epica, Powerwolf and many more), ERA features amazing highlights as well as guest musicians. The band continues; “Organ is a big part of the Off The Cross sound. As we wanted the best possible sound and player, we went to Joost Van Den Broek, who is famous for his playing in After Forever, Ayreon and more.

He also produced and arranged albums for Epica, Powerwolf and Vuur.

Besides ripping it up on the Hammond organ Joost also recorded some beautiful piano parts on the Hermann Jacobi grand piano at the Sandlane Recording Facilities in The Netherlands. We also recorded a 35-headed choir, cello, saxophone, and percussion in the Sint-Augustinus church in Antwerp. Cause why not.

Every song has a guest vocalist fitting to the song. Marcela Bovio (Stream Of Passion, Ayreon, MaYan), Jonas Renkse (Katatonia, Bloodbath), Tijs Vanneste (Van Echelpoel) and Matthijs Vanstaen (Lighthousing) brought our songs to the next level.”

The digital release will be available on November 2th 2018. In support of the band’s upcoming EP, Off The Cross will be playing live on the following dates, with many more to come.

OFF THE CROSS TOUR DATES

OFF THE CROSS OFFICIAL